skip to main | skip to sidebar

What's That You Say?

Sorry, I’m having trouble hearing you for all the BANGING
and POUNDING… on the roof!

What’s that? Yes, OUR house….
We’re getting a new roof today. 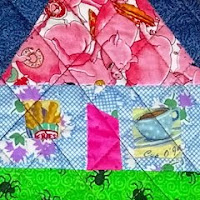 Oh, you mean THESE houses.
CUTE, aren’t they?
No, I didn’t make them.
They’re from a doll quilt my friend Barb
made for me several years ago.
SWEET little neighborhood, isn’t it? 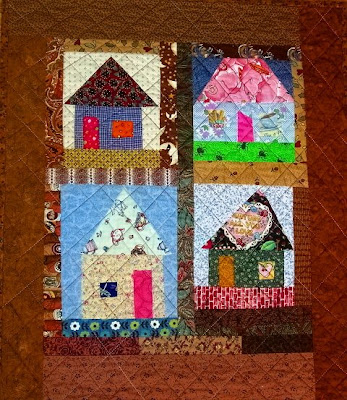 Tell you what, let's talk again another day.
I can’t concentrate with ALL THIS NOISE!


James had a letter to mail yesterday, an unremarkable document in a postage paid envelope. Under normal circumstances, it could have been dropped into any nearby mailbox, including the one at the end of our driveway.

I remembered that postal rates had recently increased, and suggested he have the letter checked at the post office. Sure enough, the envelope required an additional two cent stamp. James had exact change, two flat pennies, which he pulled from his pocket and slapped on the counter.

Assuming this simple transaction was complete, he turned to leave. The postal worker called him back. “Don’t forget your receipt!”

This is what she handed him…. (CLICK TO ENLARGE)

Is it any wonder that postage keeps increasing? There’s got to be two cents worth of ink and paper in that receipt!

Diane
I'm a longtime needle woman, learning to live with the daily challenges of MS.